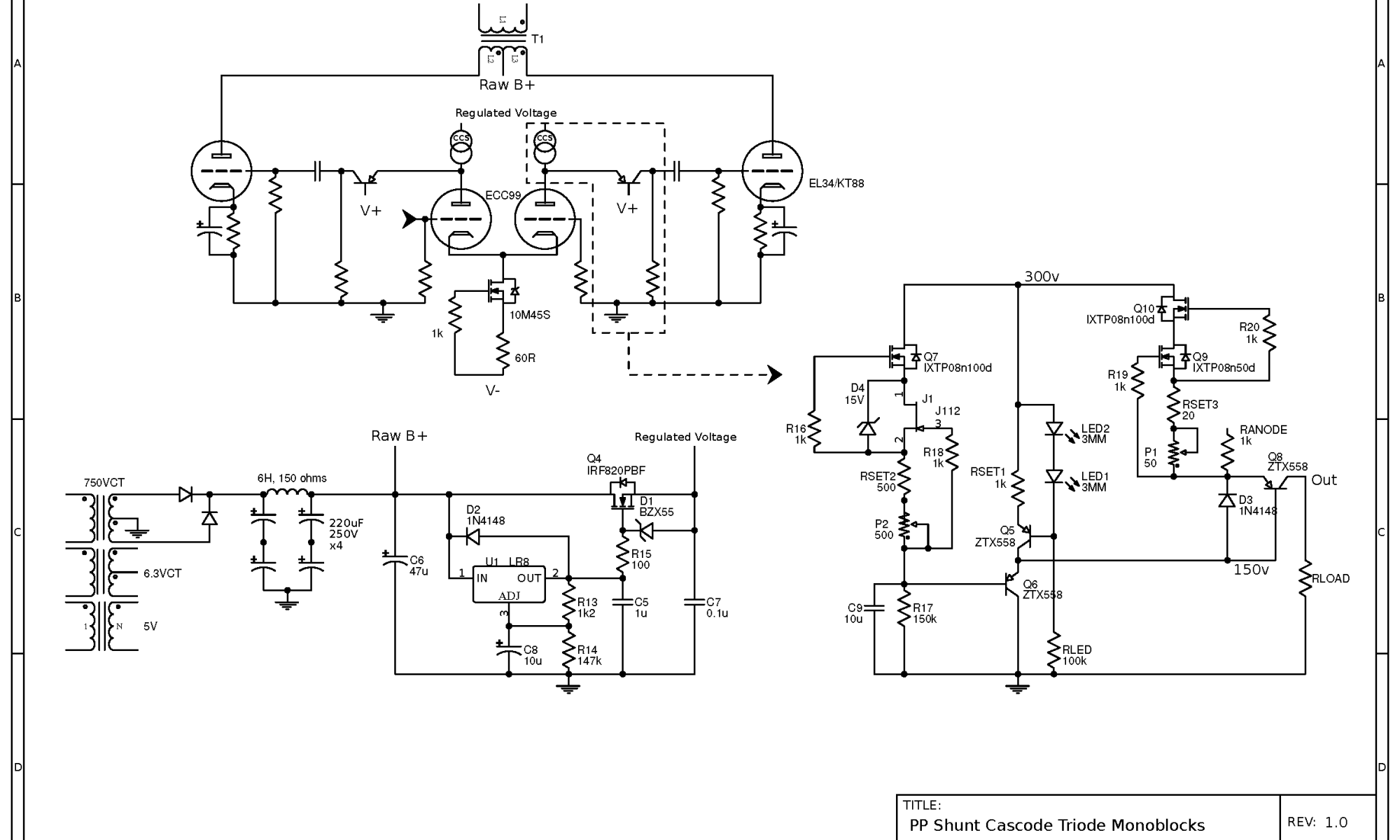 I realized I have mentioned a bigger project in the works for a while now but I haven’t provided any real details. Here’s the basic schematic. This is a two stage push pull amp using a long tail pair shunt cascode phase splitter up front (that’s a mouth full). The schematic does not have all the details yet as it is untested, but you get the general idea of what I’m going for.

I made two PCBs for this project due to all the little TO92 and other SS parts. The first PCB is a fairly simple MOSFET series regulator using a LR8 as the voltage reference. This will feed the input stage of the monoblock. The input stage will consist of a pair of shunt regulator PCBs with (probably) a simple 10M45 tail CCS. Bartola Valves has some great articles on the shunt cascode design, in turn based on experiments by Rod Coleman.

I’m shooting for about 20W in triode mode without feedback. I’ll likely also experiment with UL and NFB at higher output levels, too. The output transformers are Hammond 1650N. If the project turns out well, the next layer of complexity will be a direct coupled MOSFET driver for AB2 operation. For the first build, I’ll keep it nice and easy cathode bias though.

4 Replies to “What’s on the bench”