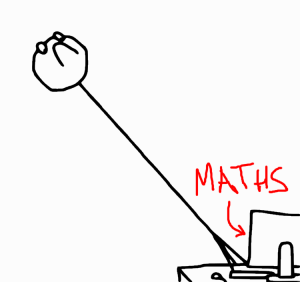 Let’s use a metaphor to describe these basic electrical units.  Pretend you have a conveyor belt that is moving a bunch of bananas across a factory.  You know, like in a banana factory.  If that conveyor belt moves faster, you can move more bananas.  On the other hand, if the belt is narrow you move fewer bananas.

Did you know bananas are a berry?  A berry with a protective outer rind.  And they have less potassium per kilo than shiitake mushrooms. Crazy, right?  Maybe now you understand why we’re building the banana factory.  They’re so effing weird.

The speed at which the conveyor belt moves is kind of like Voltage (measured in, you guessed it, volts).  Voltage is a measure of the charge potential disparity between two points.  If one wire is super negative, and another wire is super positive, there is a high voltage measured between them.  Same thing if one wire is actually your stupid fat finger, and the other wire has a strong charge (true story).  Voltage is a little more like a potential than a speed, but f@#k it.  Because bananas.

The width of the conveyor belt is analogous to Resistance (measured in ohms).  Think of it like a “narrowness rating” of the conveyor.  A narrow belt has a high resistance. A narrowness of 1 is not narrow at all; it’s nice and wide, perfect for bananas.  A narrowness of 470k (470,000) is like bananas walking tightrope.  The wider the belt (ie the less narrow), the more bananas can fit.  So if you want to move a lot of bananas (electrons), you need a wide belt (low resistance) or a very fast conveyor (large voltage potential).  Ok, this metaphor is kind of messed up.  That’s ok though.  Bananas. 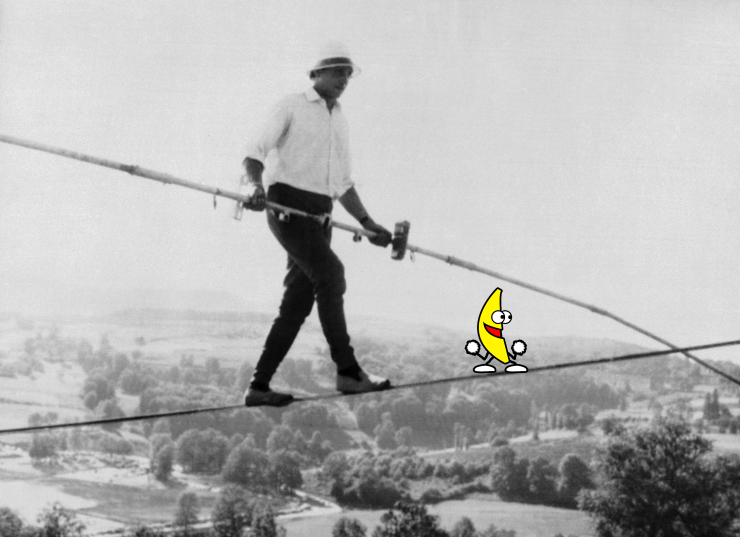 Current (measured in amps) is the bananas themselves.  Current is the flow of electric charge within a circuit.  You have a nice wide conveyor (low resistance) moving quickly (high voltage), and you will get a butt-ton of bananas (large current).  If you have a narrow conveyor (high resistance), you need it to move faster (higher voltage) to get the same number bananas.  If the conveyor is slow (low voltage), it will have to be really wide (low resistance) to move the rindy berries around the rindy berry extract factory.

So that’s what electricity and bananas have in common.  To put it algebraically: