Bob Katz has been writing a series of articles over at InnerFidelity for several years and they’ve recently taken a turn down a more experimental path. His most recent article details a device that mixes a transparent solid state signal and a Nuvistor signal biased to provide a distortion spectrum with just a small percentage of second harmonic. Check out his write up here!

A Nuvistor is a small metal and ceramic tube released by RCA just as transistors began supplanting vacuum tube technology in most electronics. They are a true vacuum tube with familiar triode operation and characteristics and an indirectly heated cathode. The most common Nuvistor in consumer electronics was the 6CW4 (high Mu) though there are several triode flavors and even a couple of tetrodes. 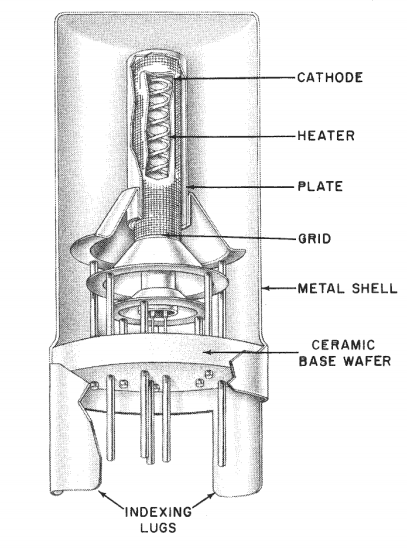 Because they were originally intended for radio and TV usage, Nuvistors enjoy very good bandwidth, low noise, and high gain (high Mu variants).  The metal envelope is integrated with the basing and the tube plugs into what RCA dubbed the Twelvar base. You can probably guess how many pins that had. With the Nuvistor, RCA also introduced the RCA Dark Heater, a lower temperature filament that guaranteed higher stability and less AC leakage. Despite this innovation, most Nuvistor heaters require around 1W to light (e.g. 150mA @ 6.3V).

The 8056 used in Bob Katz’s project has the following characteristics: 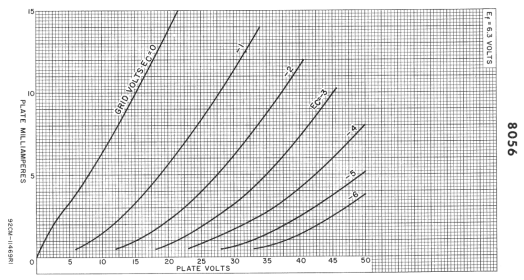 With a modest Mu, low plate resistance, and very low B+, it’s no wonder Bob decided to marry this interesting tube to a solid state partner for his Blender. The 8056 heater requires 6.3V at 135mA. At this voltage and heater requirement, it’s close to being practical for modern portable devices. In their heyday Nuvistors were used in battery-powered and efficiency-critical applications like the US Space Program and military radios and communications equipment.

Would I ever build something with Nuvistors? It’s tough to say.  I’ve been on a casual hunt for tubes that might be suitable in a portable battery-powered application. Other candidates are the Korg Nutube or the sub-mini 6088. Like all things in this hobby, there are trade-offs. The Nuvistor 8056 heaters are hungry relative to these other options, but the other characteristics are very attractive. In all likelihood, I’ll try them all eventually. This is why I DIY.